Alexa vs Siri Which Voice Assistant is the best?

➤ We, humans, are the most powerful living creatures on earth and we express our inner feelings in our most natural way which is talking. Also, we are now interacting with technology in a natural way that is talking

➤ Alexa and Siri are such digital assistants or virtual assistant technology with whom we humans can talk and give them orders to perform some activities on the particular devices where they are connected. They are like self-employed workers. They perform some work on human instructions like scheduling, making phone calls, or doing management of various accounts in that particular device to which they are connected.

➤ Alexa is the artificially intelligent assistant of Amazon. 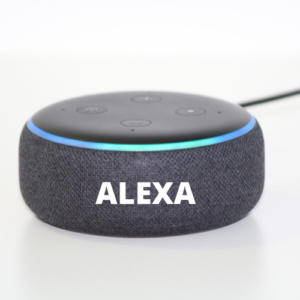 ➤ She can give reminders, she can set timers, can answer questions in seconds, etc. She can do everything that is instructed to her. Alexa is available on more than 100 million devices from Amazon and also supports third-party device manufacturers. Alexa is based on a Polish speech synthesizer named Ivona which was bought by Amazon in 2013.

➤ At first, it was used in Amazon Echo speakers and Echo Dot, Echo studio, and Echo tap speakers developed by Amazon. Alexa can control various smart devices. This works as a home automation system. Alexa is capable of giving weather reports, streaming podcasts, playing music from playlists, audiobooks, and many more.

➤ For setting up Alexa the first thing is to set up the echo dot and download the Amazon Alexa app on the smart device.

➤ Connect it with Echo Dot with Bluetooth. Tap in the continue option and set up the wifi network.

➤ Once the wifi setup is done in the Amazon Alexa app. Now  Echo dot is Connected with a power source and it’s going to do the rest of the work. And then Set up the additional details such as room selection on which it going to work, set voice profile or fill up the name, etc.

➤ one can set up the skills. here skills mean extending the capabilities of Alexa by installing additional functionality developed by third parties. Those are commonly called skills. For example audio features.

➤ People can start their day with Alexa. Alexa can set a timer or alarm.

➤ she can be used as a reminder of the shopping list

➤ Alexa can give pleasure by playing songs from the music app of the particular device to which Alexa is connected.

➤ Alexa can give a weather report

➤ She can manage phone calls and accounts etc. She can do many more things on Instruction

➤ Siri is also a virtual assistant like  Alexa. But Siri is owned by Apple 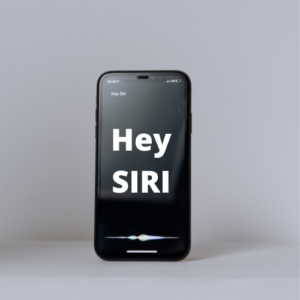 ➤ Siri is also a virtual assistant like  Alexa. But Siri is owned by Apple. She is a part of Apple Incs’ iOS, iPad, watchOS, macOS,tvOS, and audio operating systems. Siri can also do everything like Alexa, like making phone calls. The disappointing thing is that it supports mainly Apple devices.

➤ People can start their day with Siri. Siri can set a timer or alarm.

➤ she can be used as a reminder of the shopping list

➤ Siri can give pleasure by playing songs from the music app of the particular device to which Siri is connected.

➤ Siri can give a weather report

➤ She can manage phone calls and accounts etc. She can do many more things on Instruction

➤ Both digital assistants offer similar features. It is difficult to find differences in their work process. There are very few differences between them. Siri is basically a virtual and digital assistant owned by Apple. It generally supports only Apple devices. But Alexa is a kind of home Assistant. It is also found in Echo smart home devices of Amazon. Whereas there are some materialistic differences between them.Such as Siri is oval-shaped and has a shiny touch and is wrapped in mesh fabric. but Alexa is cylindrical.

➤ Homepod or Siri is available only in dark colors but Alexa can be seen in seven different colors.  Siri is a voice-controlled platform. It can’t be turned on by saying, Siri. Siri has to be trained before doing that. But in the case of Alexa people can do that. She wakes up by saying, Alexa. Alexa sets up a smart home environment quickly. She can connect with multiple devices. Siri supports only Apple devices.

How To Check Online Election Result?

How to add multiple bank accounts in Phonepe app