Antivirus vs Firewall-What is the difference between Antivirus and Firewall?

Mar 1, 2022 Antivirus vs Firewall-What Is the Difference?

➤ Although both antivirus and firewall applications are used to protect a computer or computer network from internal and external threats, they differ significantly from each other.

➤ The main difference between antivirus and firewall is that antivirus is only a software application, whereas firewall can be software, hardware, or both. Personal and personal computers are usually protected from internal threats through antivirus applications.

➤ A firewall is a comprehensive form of security that covers the configuration and infrastructure of a computer or computer network and the entire system and protects against various malicious web attacks from outside.

➤ Firewalls are designed to act as a wall or barrier against unwanted users’ attempts to steal data, corrupt information, or disrupt service within the system. So it can be seen that the answer to the question is antivirus and firewall is not so straightforward.

■ What is an Antivirus?

➤  Antivirus is a software application installed on a computer to protect it from viruses and malware, both internally and externally. 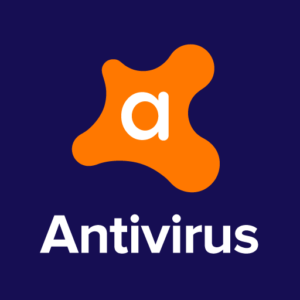 ➤ Firewalls generally cannot save the system from malicious virus attacks that can disable or damage the system. Therefore, to take care of this security aspect, it is always advisable to install antivirus software on the computer.

➤  A firewall is a piece of hardware, software, or both that protects and protects a personal computer or computer network. 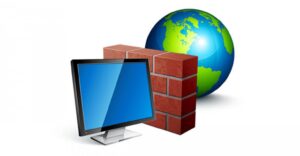 ➤   This protection allows only legitimate traffic and filters out all unauthorized users from accessing personal computers and networks.

➤  A computer Firewall is a cyber security tool for data protection that detects and prevents all unwanted access attempts. Firewalls have been the front line of defense in network security for the past 25 years.

➤  A firewall can be defined as a network security system that acts as a barrier between an internal network and external sources, such as the Internet, that block data packets that do not follow these rules. Huh.

■ What is the difference between Antivirus and Firewall?

➤As it is now clear, antivirus software and firewalls are various cyber security tools used to secure computer systems. Let us see what the difference is between antivirus and firewall.

➤ the Firewalls can be software, hardware, or a combination of both. Antivirus is just a software application and does not require any additional hardware.

➤ All the data packets entering the system are checked through the firewall, which is valid. Only authorized users are allowed to access the data. Antivirus is not meant for the user or data authentication.

➤ Firewalls handle external threats from unauthorized users, while antivirus threats are sent in various forms from inside and hidden files.• Firewalls work by monitoring and filtering, whereas antivirus works by detecting and removing viruses in infected files.

➤ Firewalls are comprehensive and protect the entire network from unauthorized users’ harmful threats to data packets. Generally, antivirus software is at the individual system level.

➤ A firewall protects both hardware and software on the system by blocking unauthorized suspicious users, while an antivirus protects software and system data by detecting, deleting, or quarantining infected files.

➤ A firewall is an external layer of protection to filter malicious data, and it is sometimes possible to bypass the firewall, for example, when accessing data from a flash drive. The antivirus can protect the system by scanning for infected files in such cases.

➤ Organizations try to install both tools to eliminate all vulnerabilities despite the many differences between antivirus and firewall software for a robust and comprehensive cyber security system.

➤Here I show you the difference between firewall and antivirus