■ How Do Solar Panels Work? Step By Step Guide. 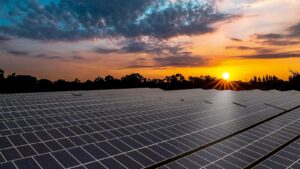 ➤ Twelve photovoltaic cells are enough to charge a cellphone while it takes many modules to power entire house electrons are the only moving parts in a solar cell and they all go back where they came from there is nothing to get worn out or used up so solar cell can last for decades so. 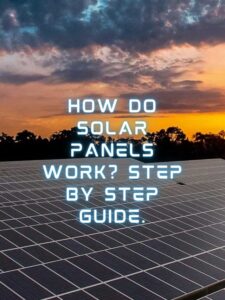 ■ what’s stopping us from being completely reliant on solar power?

➤ There are political factors at play not mentioned businesses that lobby to maintain the status quo but for now, let’s focus on the physical and logistical challenges, and the most obvious of those is that solar energy is unevenly distributed across the planet some areas are sunnier than others it’s also inconsistent less solar energy is available on cloudy days or at night so a total reliance would require

➤ Meanwhile, solar cells are getting better, and cheaper and are competing with electricity from the grid, and innovations like floating solar farms may change the landscape entirely through experiments aside there the fact that over a billion people don’t have access to a reliable electric grid, especially in developing countries many of which are sunny so in places like that solar energy is already much cheaper and safer than available alternatives like kerosene for saying Finland or Seattle, though effective solar energy may still be a little way off.